Localization quality is one of the pillars of product success in foreign markets. It is about more than good translations. It is a complex process that gives users a complete understanding of the context, jokes, meanings, etc. Users get respect when software developers try to understand their needs and culture.

We overviewed the examples of different types of content localization that inspired us.

Who doesn't know about Netflix? How did they rise to the top? The success is based not only on quality and exciting content but because of how they deliver it. The intuitive, easy-to-use, localized user interface (UI) is Netflix's calling cart. As a result, nowadays, Netflix is one of the most popular streaming services worldwide, available in 190 countries with more than 210 million users, and is one of the perfect examples of successful localization and globalization. They provide subtitles for more than 30 languages to give the users an ideal experience in their mother tongues. 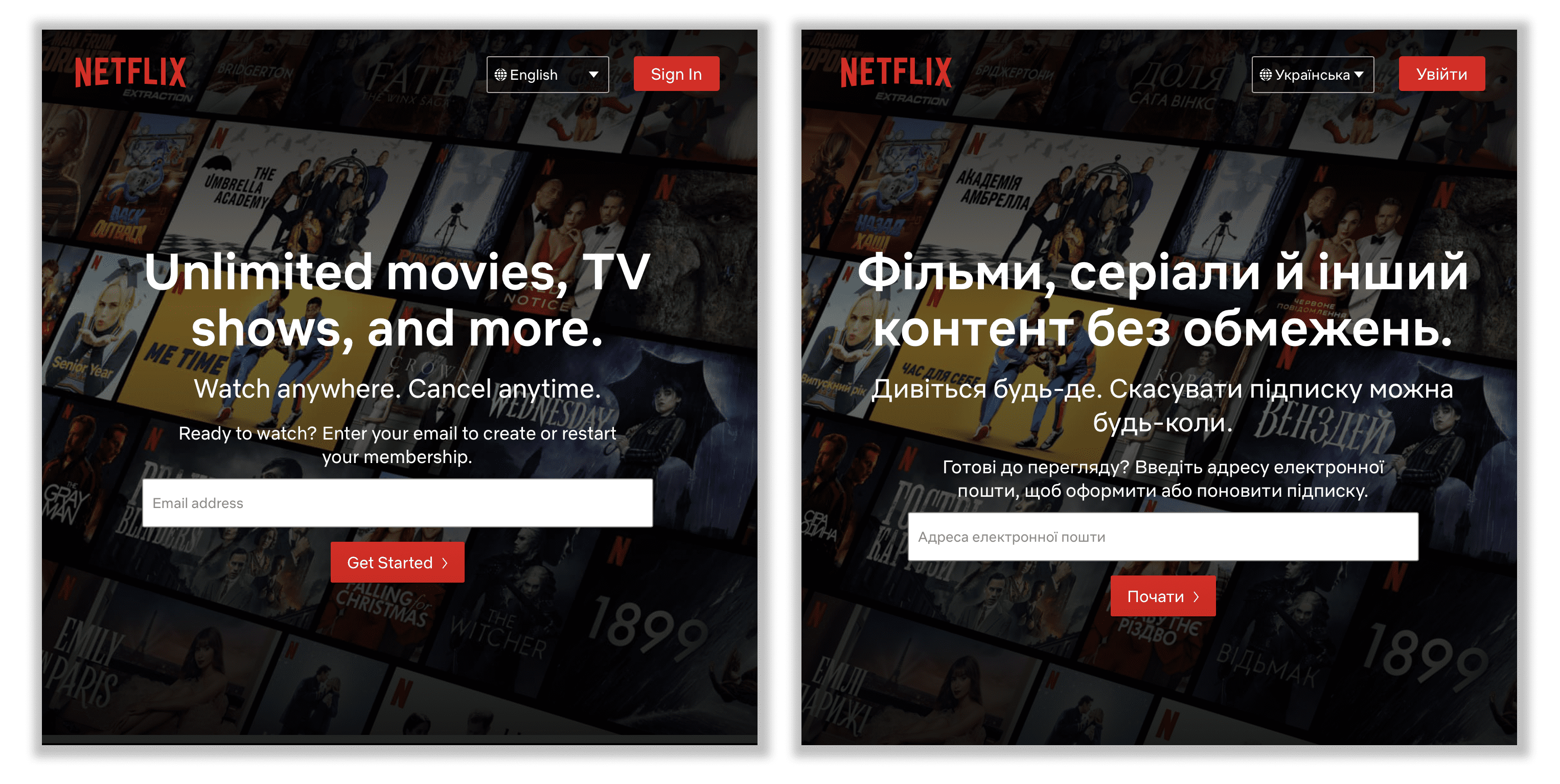 But they didn't stop there! Netflix uses the Pseudo Localization technique to simplify the localization process. They developed a global UI string repository called the Global String Repository and Hydra that helps them to check all screens at different OS and with different screen ratios.

Netflix is an excellent example of a localization strategy. But what should you do if you have no time/resources/need to build your own localization technology like Global String Repository and Hydra? The answer is simple - Translation Management System like Lingohub. We are doing all our best to provide the perfect experience for development, linguistic and translation teams. Our features are called to simplify all the processes for any kind of software.

Harry Potter - the boy who survived

The generations are growing by reading Harry Potter books, watching films, or playing games. You can ask - what are the reasons you added the book universe to this list? Let us explain - this is one of the best overviews of how the uniqueness of localization can change the audience's opinion about the whole product. Also, please remember that the games, films, and fun content were created based on the books. So in this part of the article, we overviewed the nouns and terms localization in the Harry Potter universe. For comparison, we chose Ukrainian and Russian localization. Alohomora!

The important thing is the audience of this product is children. They should understand the context without special knowledge (for example, foreign languages.)

When we come to Hogwarts, we need to choose a House, stop! House or faculty? There are the first differences between translations. But this is not so important; one of the most interesting is how the houses' names were localized.

In the original version, we have: Slytherin, Ravenclaw, Hufflepuff, and Gryffindor. 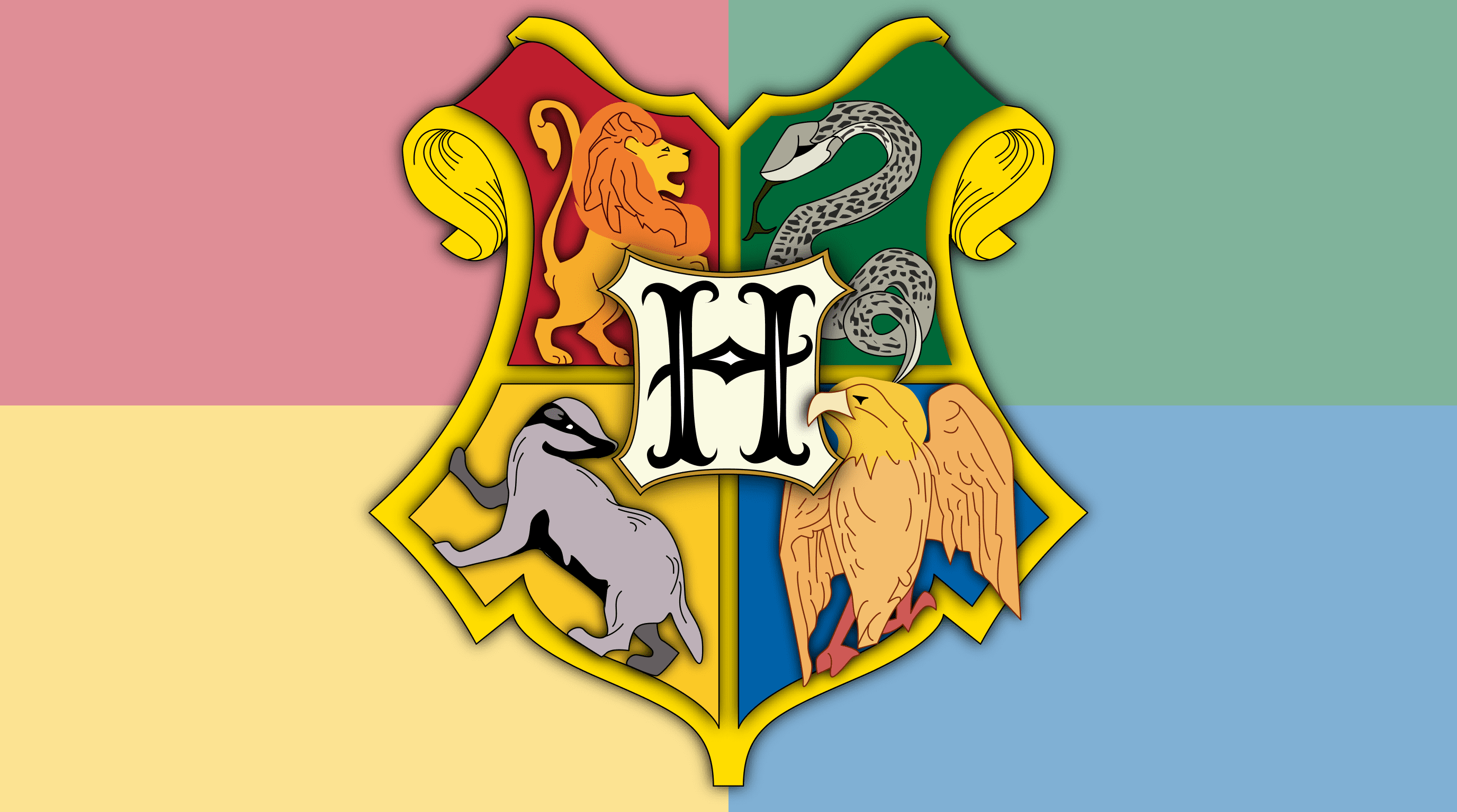 Slytherin and Gryffindor. Both houses have no changes in Russian and Ukrainian. Their names capture the essence well.

Slytherin - is a hearing typical to “Слиз/слизь (slith)” in both languages, that means “slime.” It gives the proper connection to the snakes and similar creatures.

Ravenclaw - there are two options for Ukrainian and Russian (based on the translators). The original spelling in Cyrillic and Когтевран (kogtevran) - like a mix of коготь(claw) + ворон(raven).

Hufflepuff - as well as Ravenсlaw, there are two options - original spelling or localized version Пуфендуй(pufendui) like the mix of пуф(non-translatable sound of breath out) + дуй(blow). The problem for the translators was to convey the breathy and charming casualness of the sound of English.

Of course, there are much more differences between book versions. Some of them raised a wave of discussion in the network - Severus Snape was called Zlodeus Zlei (can be translated as Evilness Evil.) Now the audience has a lottery - due to the work of different translators, you have yet to learn what some exact things will be called. Each fan has the preferable localization and tries to interact only with it.

The translated versions compete between themselves and have their fan clubs. And in the case of Harry Potter, that is not a big problem. More than 500 million books were sold. But in the case of specific software or detailed documentation, you must avoid a similar situation. Your terminology should be exact to make sure users understand. Imagine that the users will see different names of the features every time.

Lingohub helps to prevent similar issues with the term base (glossary) feature. With it, you can rest assured that all the terms and words are spelled correctly - no matter who translates the text.

Toss a coin to the witcher

“*Evil is evil. Lesser, greater, middling, makes no difference. The degree is arbitrary, the definition’s blurred. If I’m to choose between one evil and another, I’d rather not choose at all.*” Any fan of the legendary Witcher 3 can recognize this phrase.

As of April 2022, The Witcher 3: Wild Hunt has sold over 40 million copies. And one of the reasons for its popularity is perfect localization. Moreover, they weren’t stopped and improved the localization for CIS countries a few days ago. Because in the original English version, the words are shorter than in Russian, previously the characters’ facial expressions didn't accurately fit into the words. CD Projekt fixed this issue, and we know the Witchers’ admirers are satisfied with it.

Live speech. The Witcher and other heroes speak the non-literary language. As in the original game (English version), there are curse words. Characters in the character of which is not provided for highly cultured communication swear more often.

The perfect dialogs in the uniform style that matches the era make the Witcher 3 an atmospheric game. In the dialogues, the thoughtfulness of every detail of the world is felt.

Keeping the whole project in style isn’t simple, especially if we are talking about a big one. And we at Lingohub provide a style guide feature to support businesses staying in a single tone of voice. No matter what product you have - video game, software, or website - your business should have its own face (the design) and own voice (content.)

All the famous products that are on the ear worldwide spent a lot of time and effort on localization. Their teams are targeted on creating unique, culture-fitted content that will be loved and will provide satisfaction for users. Localization is a challenge, and we at Lingohub are here to help. You create - Lingohub translates - that is our vision. Due to this, we always upgrade the product to cover all the requirements of the development, designers, linguistics, and management teams. Contact us or get a demo, and let’s grow together!