From Esperanto to Dothraki: How Artificial Languages shape the World

You’re probably familiar with this term. It might be through HBO's Game of Thrones show, or George R.R.Martin’s A Song of Ice and Fire or just thanks to the huge amount of social media posts and hashtags. The truth is, constructed languages have a huge place in popular culture, but that's not all...

But what are these artificial languages? How are they created and how do they influence the times we live in?

That's what we will be discussing in this article.

A typical language develops and evolves through time and use of its speakers. The vocabulary expands, changes with the demands of the physical environment or even adopts different linguistic influences.

Just like traditional Latin didn’t include words which describe electronic letters and inboxes, a couple of decades ago
we didn’t have a word for emojis and following someone was a criminal offense - not an everyday activity on
social media platforms.

But unlike natural languages, which develop its phonology, grammar and vocabulary slowly and usually under the influence of a great number of people, constructed languages present a conscious act of creation.

Constructed languages or conlangs are artificially created languages. In this case, humans create all segments of the language in a shorter period of time, usually with a specific purpose in mind.

In general, the differences between natural and constructed languages is:

So, why would someone decide to create a language, you might ask. And what does it take to create a whole language from scratch? 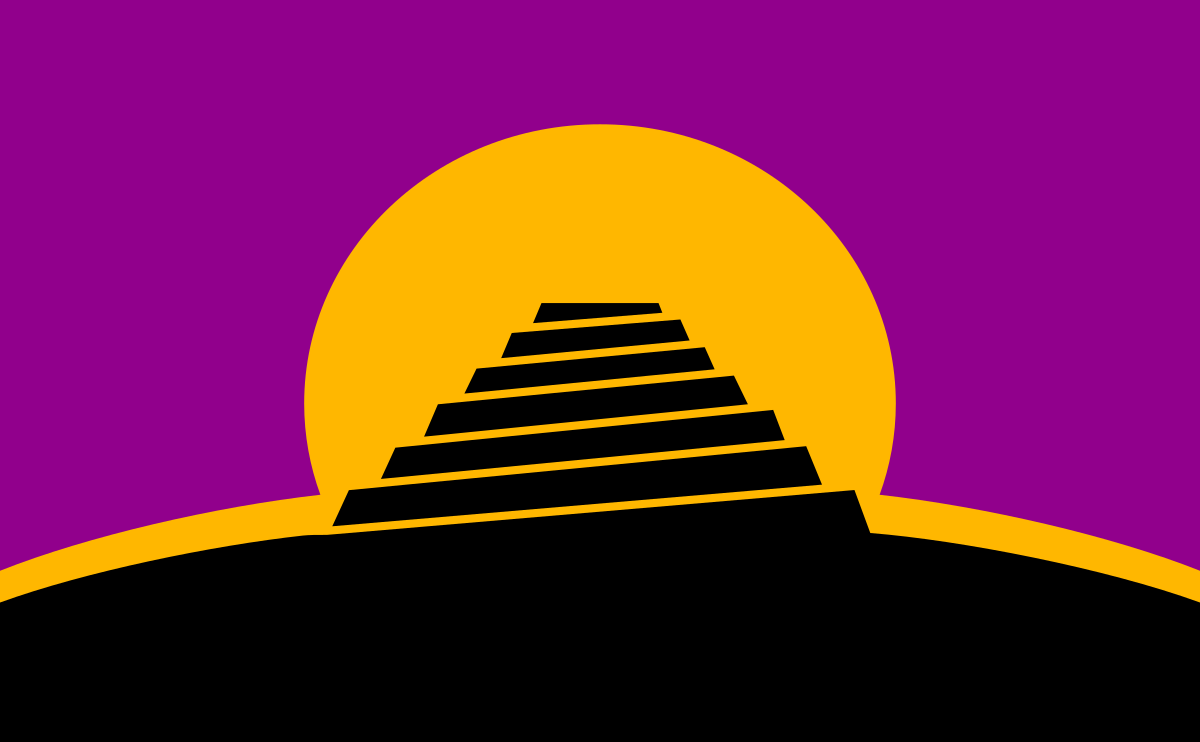 While there are many ways to classify constructed or artificial languages, we will rely on twofold classification in this article:
a) the goal of creation and b) structure of the constructed language.

Observing the goal, or answering the question - why someone might want to create a language brings us to the following sections:

The structure of constructed languages can depend on a number of elements. The starting point, however, is deciding how much will the creator of the language “borrow” from existing languages. This way, we can differentiate

Constructed languages have been quite a controversial topic. The popularity of shows such as Game of Thrones certainly influenced the adoption of phrases (Valar dohaeris) and names (over 500 baby girls have been named Khaleesi in USA in 2018).

In addition, there is a question if conlangs fall under protection of intellectual property. This creates the legal controversy:

Can an individual or a legal entity have
copyrights on a language?

An interesting study by Michael Adelman - “Constructed languages and copyright: A brief history and proposal for divorce” analyses the issue from its legal point).

Another point is the question of whether or not it is possible to have native speakers of constructed languages. According to the website Ethnologue, the answer is - yes. Esperanto has around 2,000 native speakers. It is the most massive and frequently used conlang in the world.

Esperanto is not the only case, however. Dr. d'Armond Speers, a member of Klingon Language Institute, tried to raise his child as a bilingual, native speaker of Klingon, with no notable success - but not for a lack of effort.

In our article on ISO Language Codes, we outlined the ISO standardized codes which are assigned to artificial, or constructed languages.

This auxiliary constructed language was created in the 19th century by L.L.Zamenhof.

Initially, Zamenhof’s idea was to create a language which would be universally used and serve as a second language in a more connected world.

Although his idea of a language of international understanding might seem Utopian to some, it remains a fact that Esperanto is rather easy to master. Moreover, there is a lot of speculation if studying Esperanto helps speakers learn and adopt other languages easily later on.

The United Nations recognized it as an international auxiliary language in 1954.

Further recognition came with the Nobel Prize in Literature nomination in 1999. William Auld is the first ever nominee for a body of work written in Esperanto. The history of Esperanto has been a rocky one, especially with prosecution of speakers during World War II.

At the moment, Esperanto has around 2 million speakers.

Fictional or artistic conlangs are a specific linguistic category.

In contrast to other constructed languages, fictional conlangs are not created with real-life usage in mind. In fact, artistic conlangs are created to be a part of a fictional narrative. Basically, made up languages make movies, TV series, video games and books more believable.

They are typically created by individuals, conlanging experts, with a particular group of speakers within the narrative. The fictional characters are the actual only natives of such languages - so far.

Further, we will take a look at some of the most prominent fictional languages.

Arguably, one of the most popular fictional languages, which has taken a life of its own since its creation is Dothraki.

Dothraki was constructed for the needs of George R.R.Martin’s series of books A Song of Ice and Fire. Consequently, for the needs of the HBO’s Game of Thrones show, Dothraki got a full grammar and an extended vocabulary.

The man charged with this daunting task was the linguist David J. Peterson, who based on Martin’s notes on the language and description of the native speakers - built up the whole language.

The native language of the fictional nomadic nation of Martin’s novels has grown outside of the show - with millions of tutorials available on the web.

Just as with the natural languages, Dothraki is evolving as the number of its speakers is growing.

This effect is motivating even its creator, David Peterson to reconsider the structure of the language and evolve it. Consequently, as he explained, he was inspired by the use of Dothraki in the famous American TV Show The Office. He recognized changes that need to be added to the language and added a so-called Schrutean compound.

After the successful creation of Dothraki, David Peterson continued to work on developing the languages for Game of Thrones. More precisely, he worked on the development of High Valyrian, the mythical mother tongue of the protagonist Daenerys Targaryen.

Interestingly, although created as a fictional language, High Valyrian found its place in the real world as well. Starting from 2017, and with the great help of Peterson, High Valyrian has been available on the popular language learning platform Duolingo.

Since 2017, High Valyrian course is available on Duolingo's platform

Arguably one of the most popular artificial fictional languages comes from the Star Trek universe. It was originally created as the native language of the fictional Klingon nation for the Star Trek: Motion Picture back in 1979.

However, Klingon grew into a real language after its creator Marc Okran released the grammar and expanded vocabulary. Marc Okran developed Vulcan, as well, for the same franchise. Later on, he developed the Atlantean language for the Disney picture Atlantis: The Lost Empire.

In the previous decades, Klingon grew into a movement of sorts. Klingon Language Institute (KLI) operates in the USA since 1992. KLI functions as a non-profit that focuses on translation of notable literary works into Klingon.

Klingon is available on Duolingo, as well. However, users have noted that, due to the cultural clash between the average current user and the futuristic nation of Klingon - there are some issues in finding the right vocabulary for everyday expression.

The master of conlanging, Tolkien spent around 60 years developing his fictional languages.

That is why he provided a full history of language families present in his literary works.

Most notable languages created by Tolkien include: Elvish (and its derivatives: Quenya and Sindarin, which even have its own ISO codes), followed by several Mannish languages and the Dwarfish language (Khuzdul).

Na’vi - created by Paul Frommer for the needs of James Cammeron’s Avatar movie in 2009. However, since the movie’s release, the vocabulary and grammar have been constructed further into a learnable language.

Syldavian and Bordurian - languages created by Herge, the author of the comic The Adventures of Tintin. Syldavian is based on Central European Languages, like Polish and Hungarian. However, it does include dual script like Serbian, while it is completely Germanic in its grammar and structure.

Gallifreyan from the long-running TV Show Doctor Who and the Heptapod language developed for the movie Arrival, represent forms of visual languages.

The Future of Conlanging

Lastly, the increased popularity of fictional constructed languages shows us is the evolution of a language at high speed.

From its inception, adoption, and further development by speakers through use - we can observe how a freshly made language quickly adds slang, pronunciation changes and vocabulary extension.

Creating a new language from scratch might not be for everyone. However, you can provide native speakers with a good translation - with a little help of the right tools.

LingoHub supports translation to Esperanto, because we believe in the power of multilingual content. And who knows - maybe Klingon and High Valyrian are next?

1 What is Localization?
2 New documentation available
3 From Esperanto to Dothraki: How Artificial Languages shape the World
4 The Future of Machine Translation and how to use it properly
5 Translation Trends 2014 survey insights