Market Spotlight: 10 big players of India’s app market to keep your eye on

In one of our previous Marketing Spotlight article, we discussed the vast potential Indian app market has. There are more than 20 official languages in India, and a thousand languages actively in use, while half a billion of mobile users actively contribute to a masterful revenue each year. Your competition is aware of it and if you are ready to join the race, we’d like to introduce you to the major players of India’s current app market.

According to App Annie’s report on The State of the Mobile for 2019, apps winning big in India in the previous year were mostly Facebook-owned social media apps. While this is hardly surprising, it is indicative that anyone creating a marketing strategy for India’s market should invest in proper social media advertising.

In addition, India is ranking high when it comes to video streaming services like Netflix, while apps are directly influencing the booming food delivery and even restaurant industry. Here’s our take on some of the most prominent apps in India.

Facebook-owned apps were at the top of India's app downloads last year, and WhatsApp takes the crown of the most popular IM platform in India. There is some speculation of what makes WhatsApp so dominantly appealing to Indian users. That includes the relatively late adoption of the 3G network in India, which made WhatsApp with its simple UI a logical choice.

That’s not all. Facebook is ready to capitalize on WhatsApp’s popularity in India. A beta payment feature that allows app users to send money between them has been launched. If successful, this feature might make WhatsApp into a serious competitor to other digital wallets and e-finance apps like Paytm.

ShareChat is an Indian-grown social media app that was launched back in 2015. The social network currently has more than 35 million monthly active users and could be India’s next Unicorn startup.

The brilliance of ShareChat is in its simplicity and smart localization. The app is available in 14 Indian official languages, which directly taps into the market of mobile users who can’t or prefer not to use the dominant English.

Flipkart is generating a lot of attention, and rightly so. While in most countries, Amazon takes the lead for e-commerce, in India Flipkart is still keeping things interesting. Although it was acquired by Walmart just last year, Flipkart held steadily more than 30% of the e-commerce market in India.

Myntra is an e-commerce website based in India, and launched in 2007. It’s also the secret spice that gives Flipkart the edge it needs to overtake Amazon. Flipkart acquired Myntra 5 years ago, but remained as a standalone brand. This move allowed Flipkart to spread its consumer base without disruption to Myntra’s users.

Myntra’s focus is mostly on fashion and lifestyle. This narrowing of the offer makes it attractive for numerous users, who would rather opt for Myntra’s polished design and good prices.

Paytm is India’s no1 e-payment system, currently worth $10 billion. How did the company get there in less than a decade? Well, Paytm gradually expanded its service from simple mobile bill payments to include paying other utility bills, the railway, Uber, ticketing service for events and flights. Among its many services, Paytm includes Paytm Mall app since 2017, a business to customer platform that still has some way to go before competing with the big players.

But there’s more to Paytm’s success than just a variety of service. It’s available in 11 Indian languages and approved by the Reserve Bank of India, which makes it accessible and safe to use for millions of Indians.

The Uber Eats (or UberEATS) platform was launched in 2014 in the USA. The basic idea is to allow users choose food from nearby restaurants and then have it delivered. This simple idea worked like magic in India and now, Uber Eats is the conduit of virtual restaurant service in India.

Short delivery time makes it the main competitor for all apps and services aiming to take on the food delivery industry. However, Uber Eats is not without worthy challengers. Apps like Zomato and Swiggy are fighting Uber’s speed with smart localization and innovative approaches to delivery.

Zomato is one of India’s most prominent apps. The initial idea was simple: restaurant search. However, the idea grew to include restaurant reviews, menus and even food delivery in some countries. It’s worth mentioning that Zomato is currently available in more than 20 countries all over the world.

What sets Zomato at the forefront of the digitalization of the food industry is the hunger for innovation. Their concept of “Cloud Kitchens” brings a new era of virtual restaurants - restaurants that operate purely based on online ordering and delivery. That’s not all. Zomato is aiming towards drone delivery in the future, which will be a game changer world wide.

Founded back in 2014, Swiggy is an excellent example of a home-grown success. Currently, it covers 27 cities in India and more than 40,000 restaurants. The founders Nandan Reddy and Sriharsha Majety have rightfully been selected for Forbes’ “30 under 30” list in 2017.

Swiggy is a top competitor for services like Zomato and Uber Eat, and the key word is: localization. Instead of adapting an existing app, the founders created an app that is hyperlocal. Swiggy speaks the language of its users. And it’s paying off big. 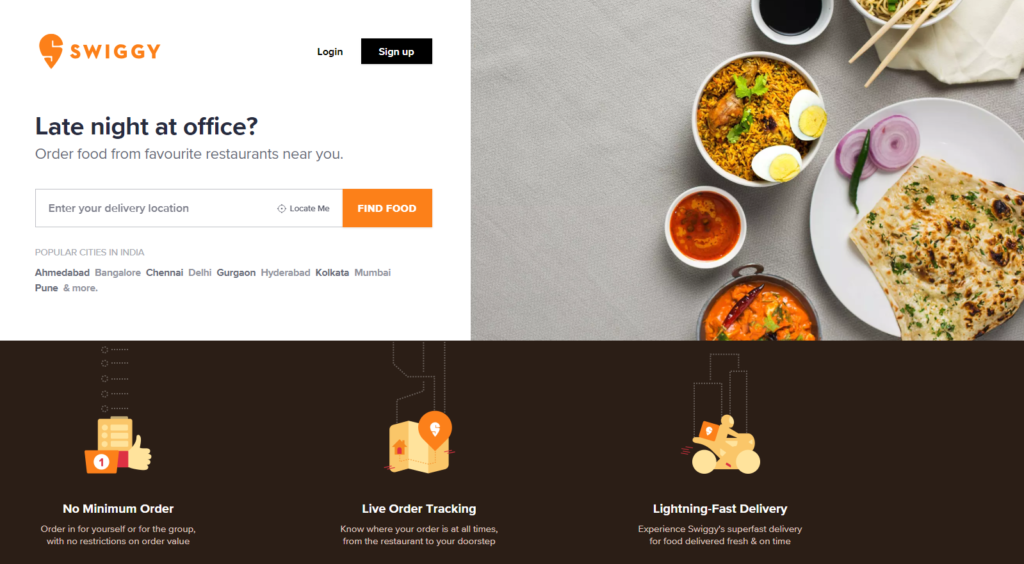 You might remember TikTok from our article on the Chinese app ecosystem. Well, this video-editing, lip-syncing app has a huge following in India. However, TikTok’s popularity is not without controversy. Indian lawmakers have pushed for a ban, due to explicit content and cyber bullying predominantly among teen users.

The TikTok’s situation actually pushes forward a common misstep in localization that developers make. Frequently, while the content of apps is properly localized, user guidelines aren’t. In addition, TikTok app is available in 38 languages, but with an app with such a huge following in a multilingual country like India - a future focus on localization is a must.

Netflix is developing original content for the Indian market and pushing hard on with a localized marketing strategy. Not only that, Netflix India agreed to sign a “Code of Best Practices” in order to regulate itself. The Code is created by the Internet and Mobile Association of India and has the support of the government bodies. While some have deemed this move as self-censoring, others recognized it as responsible localization. Either way, Netflix is investing big in the Indian market, and it’s also bringing India to the rest of the world.

The key to success in India

The overwhelming success of Bollywood shows the road to success in India - local content that speaks directly to users is preferred. Leading apps in India are united in providing high quality, localized content. The products speak the many languages of its users and thrive because of it. If you are considering or planning to take your business globally, India might be the perfect fit for you.

It is a massive market with massive opportunities. Unlike China, there are no firewalls limiting users’ access to Google and Apple’s app stores. It’s easy to use typical tools for social media marketing like Facebook or Instagram ads, and it would allow you access to a pool of half a billion of potential clients.

If you’re ready to play in the major league, LingoHub is here to help you get there.