In our Market Spotlight series, we cover emerging markets and markets with untapped potential. A while ago, we explained why China is the market companies should keep their eyes on. Today, will focus on what kind of apps generate most revenue and attract most customers.

Get ready to dive in into China’s app ecosystem.

Chinese mobile app market is ripe with potential. As most apps in China are grown locally due to a tricky localization process (we wrote about that here), there is a need for fresh content. Here’s why the localization is worth the trouble.
Firstly, because Chinese has more than a billion native speakers, while less than 2% of web content is available in Chinese. Secondly, because Chinese users spend more than a billion hours using apps a year. An average user installs more than 40 apps a year. These numbers are only expected to grow in the future years. 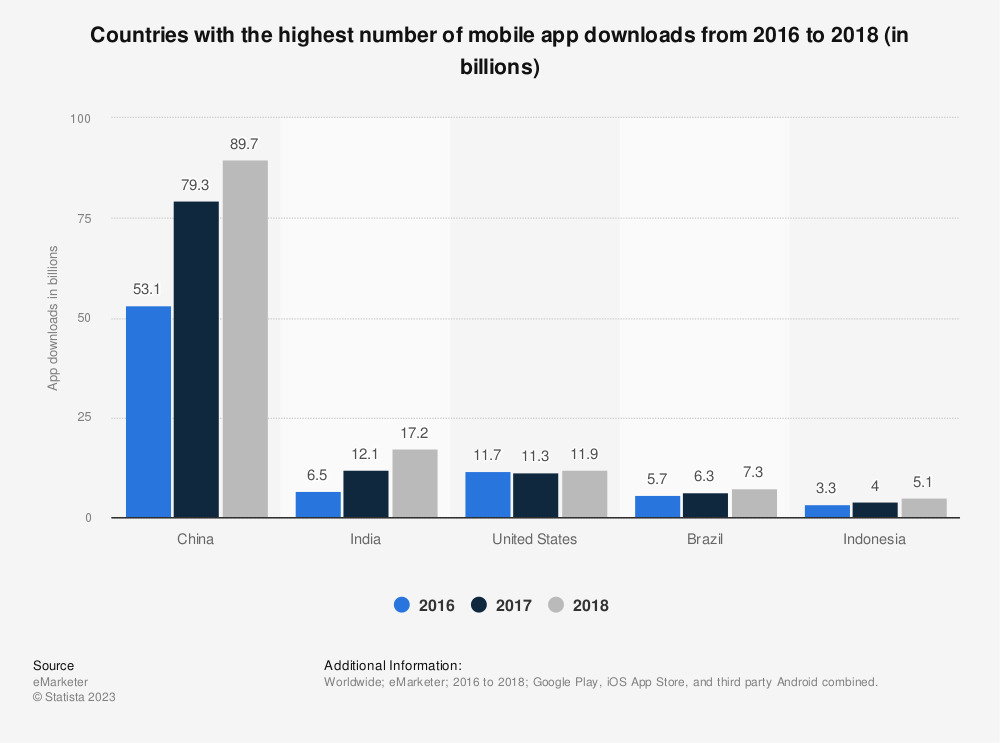 thing you should know, Chinese users love versatile apps. Each app has at least several functions and features. For example, a big majority of apps offers in-app games, which are a great way to advertise your brand and product for the local market.

On the other hand, if you are creating an app specifically for the Chinese market, communication, e-commerce and video editing might be the right way.

Here are the leading apps in China.

WeChat was launched in 2011 by Tencent and it is currently the most popular app in China. Considering what this app can do, it’s no wonder. It combines the features of WhatsApp, Facebook, Twitter, Paypal, Shazam, Uber. You can add “moments” which is Instagram and Facebook’s “stories”.

While you can have a personal account on WeChat, there is a different option for business accounts. A subscription account would allow users to be in touch with favorite brands, which would allow your business to stay close to the audience.

Users of Microsoft’s MSN will find a sudden ping of nostalgia when checking out QQ messenger. It’s an instant messaging service, developed by Tencent, with almost a billion monthly active users. Similar to WeChat, it offers additional services like games and shopping, which makes it great for pushing ads.

Toutiao was launched in 2003 by the famous Alibaba group. The website functions as an aggregator that creates personalized news feed for its users. The platform gets all the content from 3rd party companies, which makes it a dynamic news site not unlike Buzzfeed.

Users' personal preferences influence the content selection and a large majority of content comes in the form of short videos. Interestingly, Toutiao has no side advertising or pop-up messages.

Only articles and videos are posted which helps users focus and it helps attract potential customers.

Like many other Chinese apps, it’s hard to place Meituan in a specific category. The main reason is the sheer versatility of the app. It has a database of millions of restaurant review in China, but it also allows you to order food, buy tickets, book accommodations etc.

Meituan is great for advertising your business for several reasons. Firstly, Meituan’s revenue comes mainly from advertisements so they offer really good targeting options. Secondly, users look for recommendations and reviews right there, so it’s good to have a strong presence.

Taobao is a huge marketplace offering everything you can imagine - from clothes to medicine. It is owned by Alibaba and currently the largest ecommerce website in the world. It works on a consumer-to-consumer basis, with an option of fixed pricing or auctioning.

Taobao (or Alibaba) is also the magic behind China’s Singles’ Day (November 11th) shopping festival. The Singles’ Day is celebrated by those who are not romantically involved. In the past five years, the transactions for Singles’ Day reached billions. This is why brands rush to be a part of it every year.

Alipay allows users to transfer money, but also pay bills and buy a bus ticket. Because of that, most apps with in-app purchase options better have an Alipay integration plan ready.

The largest music streaming platform and music download service in China and in the world is Kugou Music. Kugou has almost half a million of monthly active users. It allows streaming music for free, and it’s revenue comes from in-app gaming services, advertising and live streaming. Which makes it a great place to advertise your product.

Tik Tok is a simple video editing mobile app. In two years since its creation, Tik Tok had an audience of more than 500 million users. It allows you to create and edit short 15-minute videos; soundtrack manipulation and special effects included.

Tik Tok covers 75 languages and just last year was downloaded more times than Facebook, Youtube and Instagram. It functions on a basis of trending hashtags and challenges.

Tencent Video is a Chinese video streaming platform with more than half a billion users a month. It mostly offers original content, like TV dramas, movies, news, sports. It’s HBO’s exclusive partner in China. The video platform also presented its original content on Film Festival’s TV channel in 2017. This move shows that Tencent has its eyes on the global market

Recently, IQIYI was dubbed the fastest growing online video streaming platform in the world. IQIYI is considered the Netflix of China and it currently boasts with some astounding figures.

Over 500 million monthly active users spend almost 6 billion hours on its service. Unlike Netflix, IQIYI gets revenue from advertising and content purchases. The number of subscribers is growing.

It also offers online gaming services and live streaming. Promoting your brand through IQIYI’s ads is a sure way to expose it to millions of mobile users.

Baidu is the Google of China - largest Chinese search engine and the second largest in the world. In addition, it offers a huge list of services. Among them, most notable are Baidu Maps, a cloud service, news, multimedia search and social networking services. And this is just scraping off the top.

If you are considering to localize in China, you have to consider SEO-optimizing for Baidu. Usually the first two pages of Baidu search results are paid ads, so you can’t afford missing on the opportunity.

UC Browser was among the top five most downloadable mobile apps in the very beginning of 2018. It’s fast, which is something Chinese users know how to appreciate. It includes an ad blocker, social media access, a music and video player and a file manager.

UC Browser also has a programme called UC Ads which allows you to launch content marketing campaigns. It’s a great opportunity to advertise to new customers and show off your brand and product.

Localizing apps for the Chinese market might not be a small step, but it will get you far. With a translation service you can trust, your product will be ready to dominate the market. Contact us at LingoHub <3 to learn how.

1 Supported platforms for app localization - the end of the oligopolies?
2 Get Rid of your Excel Files with Translation Management System (TMS)
3 Sei neugierig, flexibel und selbstdiszipliniert - Interview mit Hélène Ericke
4 A Data-Driven Guide to Lean Translation Management [Free Ebook]
5 Learn from somebody who has been there and done that - Interview with Nicole Rodrigues