The Levenshtein Distance is the amount of single character edits needed to change a source word to a target word. Three edit types are performed by the algorithm: insert, delete or substitute. Let’s look at some examples below:

We want to calculate the Levenshtein Distance between cat and hat.

Since one substitution was necessary, the distance is 1.

We want to calculate the Levenshtein Distance between Cooperation and operation.

Since two deletions were necessary, the distance is 2.

We want to calculate the Levenshtein Distance between This is a car. and This is a red car..

Since 4 insertions were necessary, the distance is 4.

If you want to learn more about the Levenshtein Distance, take a look at the Wikipedia page or try it out yourself with this distance calculator.

Similar to the Levenshtein Distance, the Longest Common Subsequence (LCS) distance uses the methods of insert and delete, but not substitute. It searches for the longest common subsequence between sequences or strings. The distance or result is the number of equal characters between the compared strings. You can find some examples below:

Note: The last sequence could also be handled as full words instead: The return would then be:

The Jaro-Winkler Similarity algorithm is a variant of the Jaro Distance. It uses a prefix scale, strings that match from the start (prefix) for a defined length are favored. The similarity value ranges between 1 and 0. A rating of 1 shows that the two compared strings are identical, 0 means the strings have no similarity. The value is calculated using the predefined formula for the algorithm. You can find some examples below:

If you want to learn more about the Jaro-Winkler Similarity, take a look at the Wikipedia page or check out these implementations over here.

Lastly, let’s look at the cosine similarity. In trigonometry, the cosine is the angle between two sides of a right triangle. For a specified angle, the cosine is the ratio of the length of the adjacent leg to that of the hypotenuse. Check out the image below. 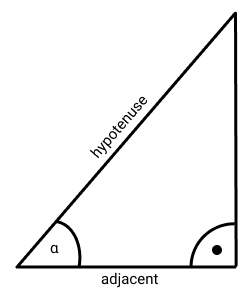 If you want to learn more about cosine similarity, check out this article on Wikipedia or this example of a python implementation.

1 Lingohub now supports Windows 8 resource files for Microsoft app localization
2 Internationalization for Ruby with the r18n gem
3 Introducing Packages, Zendesk integration, and a new project wizard
4 Say “Hello” to the LingoHub Translation Editor 2.0 and new Translation Memory
5 Get started with the LingoHub Android SDK - How to localize your Android Apps