Nine years ago, in August 2012, Helmut and Markus went on a journey to create the LingoHub you know and love. In this blog post, you can read a short recap of some key changes and milestones leading up to LingoHub's anniversary. In addition, I will talk about what's in store for you and where LingoHub's is heading next.

LingoHub's journey through the years

While working at a large company based in Linz, Helmut and Markus met each other. Both worked as software developers and learned about the difficulties of localizing software without the assistance of proper tools. As early as of 2008, the idea for LingoHub was born. Both manually copied translated content from Microsoft Word files back into YAML files. A tedious endeavor. This sparked the idea to find and create an easier method to handle software localization.

Right from the start, Helmut and Markus focused on creating an application that is aiding developers. LingoHub was the first localization service to integrate with GitHub. With it, importing resource files to translate was and is easily possible.

Within the next years, development for LingoHub continued. In 2014/2015 LingoHub 2.0 was released. With the update, front end and back end were split. This allowed using a front end framework and the integration of an interactive editor.

In 2018, another update was released. LingoHub 3.0 was born. The developers at LingoHub focused on more integrations, file formats, and services.

Where the path will lead to next

At LingoHub, we are always improving our product. For a while, we have been incessantly working on something big. After several years of development, LingoHub is ready for the next big release. The LingoHub 4.0 beta will be made publicly available soon, and for us, it is the biggest step yet.

Our developers made changes to both the front end and back end and made improvements in countless features. Today you will get a first sneak peek of where we are heading, and which features will be integrated with LingoHub 4.0.

First, let's check how LingoHub's editor will be changed. One main feature many of you have asked for is the ability to add context images to text segments. With LingoHub 4.0, you can now easily upload images. Of course, several additional improvements have been made. With these changes, localizing your software will be easier than ever. Below is an image slider where you can compare the current editor LingoHub to the brand-new editor that will be released soon.

Soon, LingoHub will feature a new integration, with Figma. Figma is a great tool for prototyping. This is why we are proud to announce our own Figma plugin. Import your texts directly from Figma to LingoHub and start translating. Once you are done, simply send your translated texts over to Figma. Checking out your localized prototype is as easy as it gets!

In addition to our new UI and UX, we have also created new ways to assist editors and writers. We developed a new and improved term base feature, with many new possibilities:

In addition to all the previously mentioned features, we made several improvements that are not visible. Rest assured, though, that you will definitely feel the changes. The LingoHub application feels snappier and handles requests faster than ever. Be sure to also check out our changelog from time to time, where we inform you about all changes made.

Wrapping it up:As Fatboy Slim states, we've come a long long way together. And for that we praise you (like we should), especially for your trust in us, your loyalty, and all your feedback. Without you, LingoHub would not be where it is today. LingoHub 4.0 is a toast to all LingoHubbers, old and new. 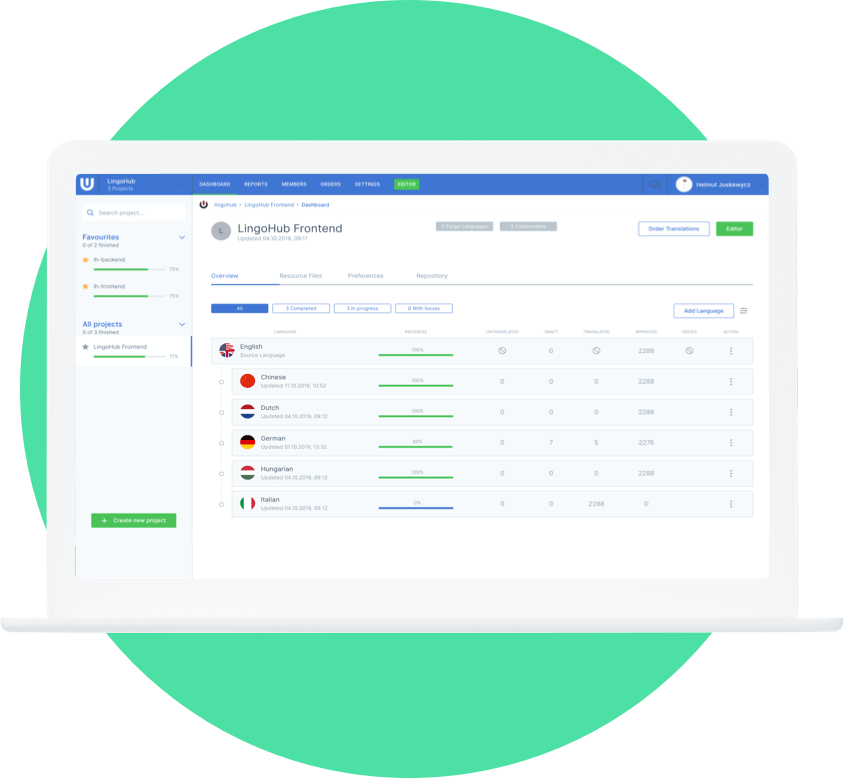