Common Sense Advisory’s (CSA) latest research shows that global businesses primary translate into the most profitable languages concerning the online-accessible gross domestic product (GDP). However, they state that those businesses are missing out on great opportunities I’d like to focus on in this blog post. 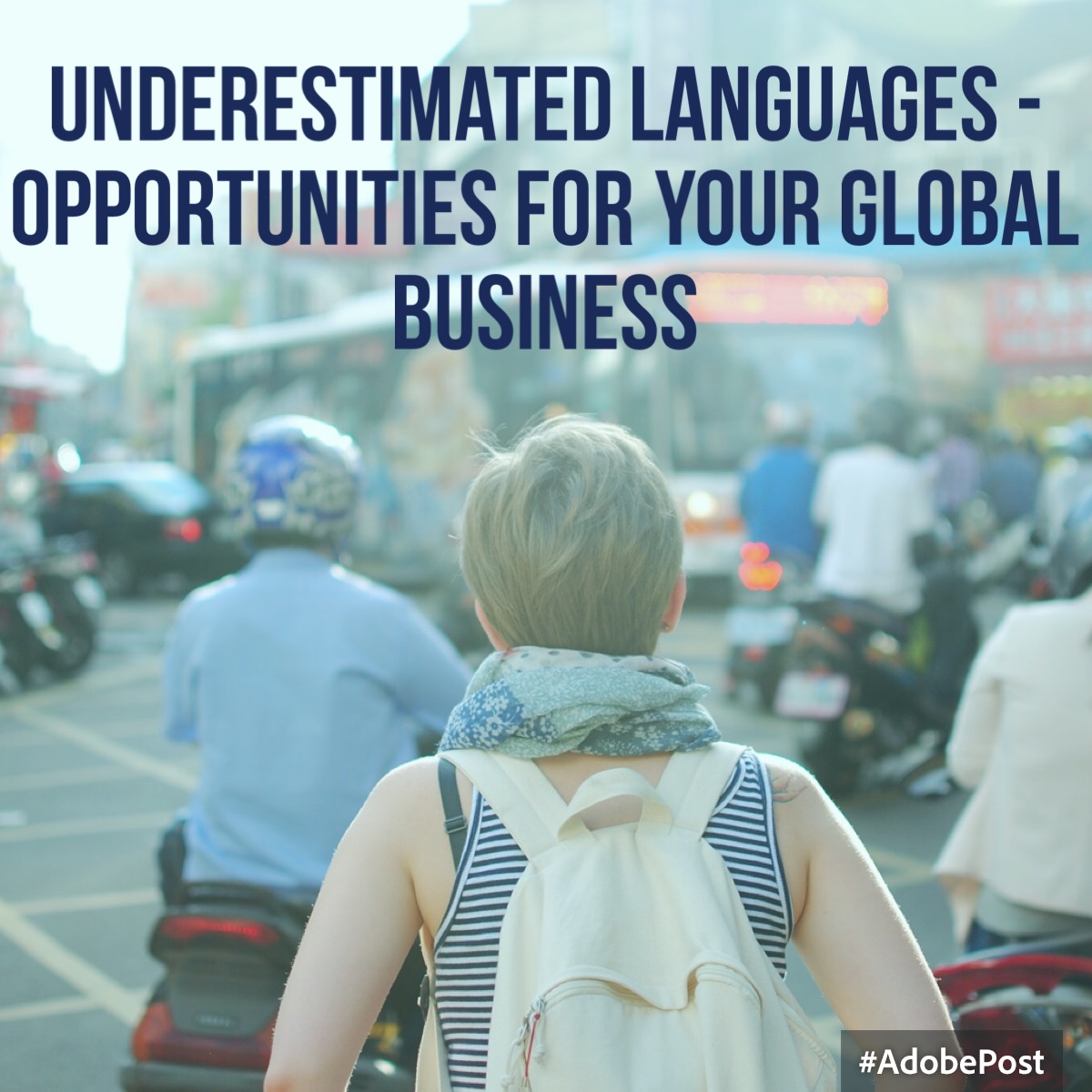 Missing out on Opportunities

Besides English, Chinese, German, French and Spanish are most frequently supported by the majority of global websites. CSA found that the online GDP highly affects whether a global website supports a certain language or not. International firms tend to translate into the above mentioned languages for large and developed economies first.

While global businesses focus on European languages, they underestimate Middle Eastern and Asian languages. Just think of Arabic, a language with over 200 million native speakers. It further provides access to 3% of the world’s online gross domestic product. Still business support underperforming languages like Romanian more frequently on global sites. However it comes along with approximately 24 million natives and less than 0.2% of online GPD.

According to Common Sense Advisory’s research team global businesses underserve Arabic, Hindi, Persian, Hebrew and Malaysian on the Internet prohibiting them to take on chances and enter new high-potential markets.

Middle Eastern and Asian languages like Arabic, Hebrew or Persian use complex scripts that totally differ from the Latin or Roman script. Languages such as Arabic belong to the group of right-to-left (RTL) languages, hence content translation into these languages requires RTL support in internationalization.

For global companies it is harder to support languages correctly which are spoken in politically or geographically fragmented regions. It is easier to support a language like German or Dutch that is dominant in a specific region and comes along with less legal restrictions. On the contrary, Arabic is the official language in 28 states making it more difficult to meet local standards and legal restrictions.

While global businesses tend to focus on the online GDP when selecting Western language, Common Sense Advisory’s latest study show that this is not true for all countries. This strategy might lead to the fact that companies are missing opportunities if they don’t support languages like Arabic, Hindi, Hebrew, Persian, Malaysian or others. Although there are hurdles in addressing these languages but the potential market size can’t be ignored on the long run if global businesses want to stay ahead of the competition.