English has long been the lingua franca of the web. It’s long been sufficient to provide English-only content in order to communicate with a high proportion of Internet users. Nonetheless, the online community is changing and becoming more and more diverse imposing requirements on global businesses. This blog post dives into the online language world and shows why English-only content just won’t cut anymore.

The vast majority of content published on the Internet is still written in English. Roughly 54% of Internet content is English. By now the bulk of Internet users are native English speakers as the following figure indicates. 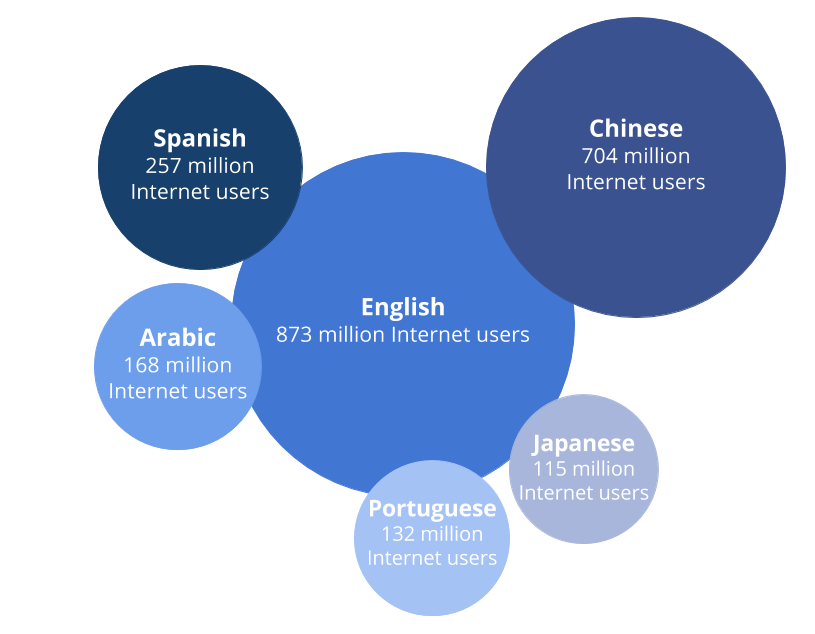 Moreover, English is by far the world’s most commonly studied language and claims the top rank followed by French and Chinese in the study conducted by the University of Düsseldorf. 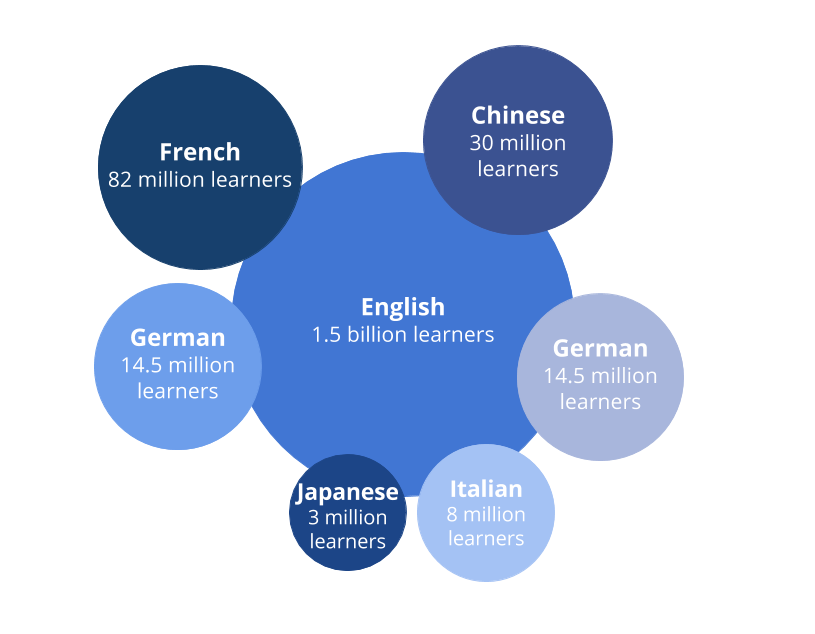 Why English-only won’t make it in the Future

These stats might be tempting to think that English-only content is enough in today’s world. However, the online community is becoming more and more diverse and users demand information in their native language in order purchase from a website or web shop.

English is by far not the most common native Language 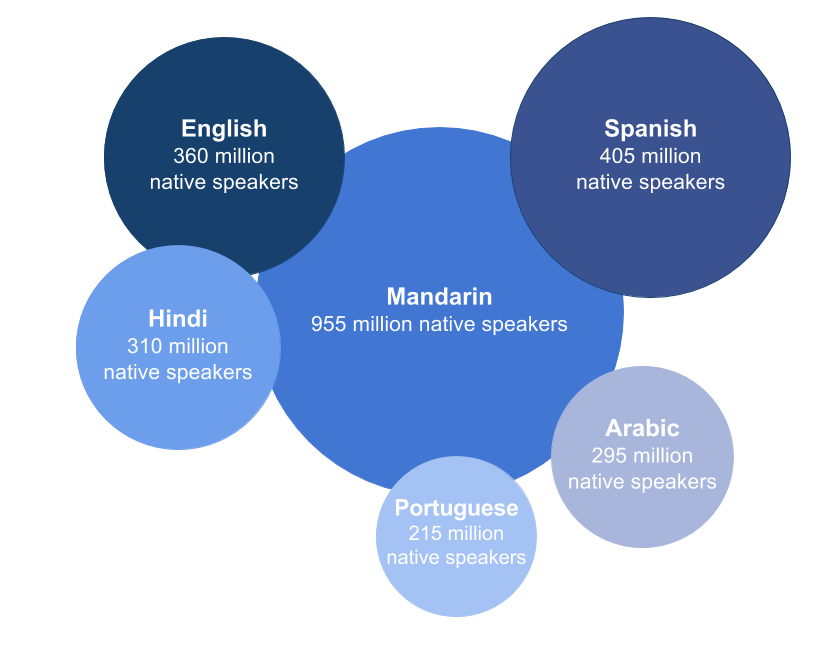 While companies are likely to think that the majority of the world’s population speaks English as a second language or least understands English content, statistics show a difference. Less than 50% of the population in most countries speak English as the following graphic shows.

Language Studies other than English are on the Rise

Languages other than English gain more attention in academic study programs. Between 1990 and 2013 the number of U.S. colleges that teach Chinese has increased by 110%. Nowadays other languages are more and more accessible.

Statistics show that speaking a foreign language fluently boosts a career. A study shows that Americans with good German language skills can earn up to $ 128,000 more throughout their business careers. Other language skills like French and Spanish are rewarded in business life too.

Offering translated content in a user’s native language is a major element for building trust on the Internet. A survey conducted by Common Sense Advisory, the most popular researchers in the translation industry, 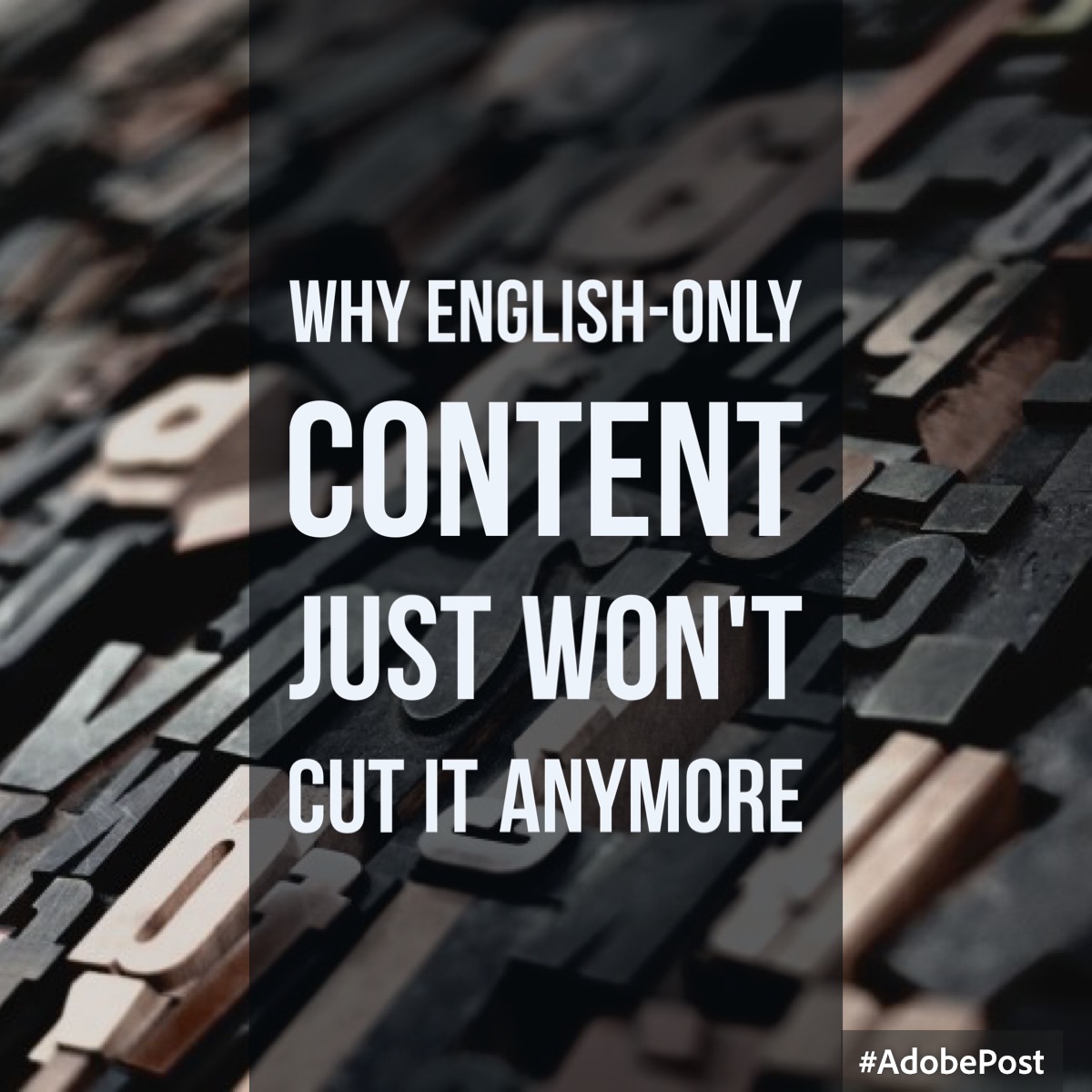 While translation into 25 languages was required in 2015 to reach 90% of the entire Internet population, Common Sense Advisory states that 48 languages will be required by 2020 to reach the same proportion of online users.

The same trend is apparent from Asian statistics. The Chinese primary access the Internet from mobile devices. More than 87% off all Chinese Internet users browse the Internet mobile. They are also likely to purchase using mobile devices. Nearly 50% of all retail e-commerce sales in China are attributed to m-commerce.

It’s quite obvious, today’s customers and users demand more than English-only content. The online language world evolves and imposes requirements on global businesses. Be sure to be among those using the advantages of translated content and start your free LingoHub trial today!

1 App Store Optimization for localized Apps
2 How to localize your app store descriptions
3 6 common Reasons for poor Translation Quality and how to avoid them
4 Now available: Push back to Github in Lingohub
5 USA: An unexpected Treasure Chamber in the Translation Market