Sooner or later most game developers think about taking their mobile game global and entering new markets. There are amazing reasons to go for it such as increasing downloads, huge market potential and many more. Still the process of localizing your game might seem daunting. This blog post covers the main reasons why you should opt for mobile game localization and provides you with 4 useful tips to rule every game localization project. 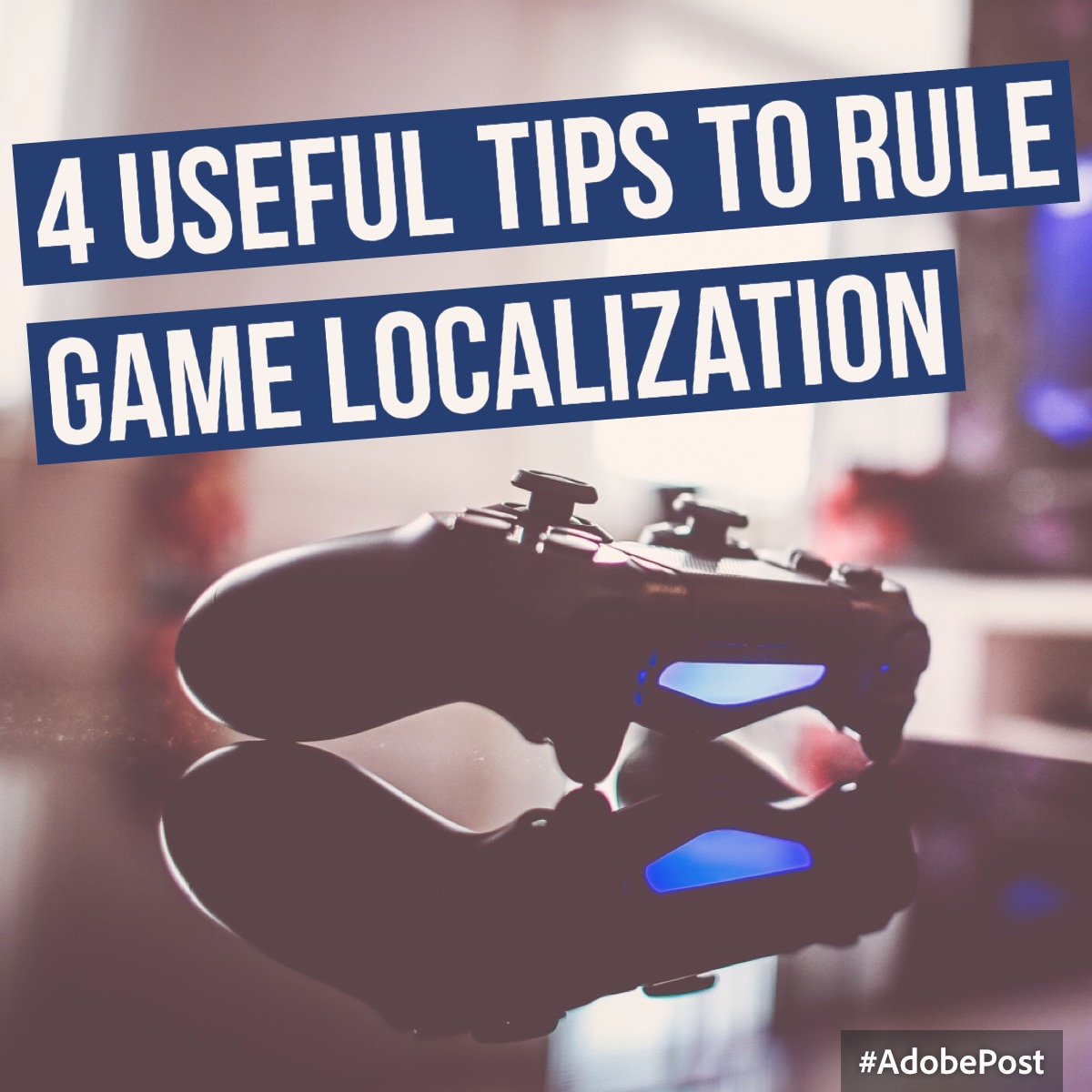 Make sure to conduct in-depth research before entering a new market with your game. Regulations concerning distribution or content vary in countries. Market research helps you to understand the specialities of each mobile game market. Game-savvy locals like your translators can provide you with valuable information and feedback about cultural, social and legal specialities of a certain market.

Information like this is important to consider before entering a new market.

Consider localization from the very beginning and don’t treat it as afterthought in game development. This can save you massive time in the long run.

The best way is to extract text from the source code and write it into a so-called resource file that consists of a key/value pair. It’s common practice to save a resource file for each language of a mobile game as it makes managing your texts and translations easier.

#3 Hire the right Translators for your Localization Project

The importance of translating/localizing content the right way has been recently demonstrated in line with the name change of Pikachu, the most iconic Pocket Monster. The names of Pocket Monsters have been translated differently in various Chinese-speaking regions. Thus, Pikachu was known as Bei-Ka-Ciu in Hong Kong and Pi-Ka-Qiu in mainland China. Nintendo now renamed many Pokemon characters to unify their names. This lead to protests in Hong Kong as their beloved Pikachu’s new official Chinese name 皮卡丘 is pronounced Pi-Ka-Qiu in Mandarin (spoken in mainland China), but pronounced Bei-Ka-Jau in Cantonese (spoken in Hong Kong), which is completely different to what they are used to.

#4 Provide your Translators with Context Information

Detailed context information leads to higher translation quality and massive time savings as no clarification is needed. Translators can get confused when there’s ambiguity in the text. Contextual information smooths down differences.

Moreover it’s likely that you’ll be using English as source language as translators for most languages translate from English into their native languages. Hence, you can select the ideal translator for your game from a wide range. When translating text from one language to another, there’s a discrepancy in length mostly. When translating from English into Chinese or Japanese, the translated phrase is usually shorter. However, translations from English to German or other more verbose languages will result in longer texts. Unless your game is programmed to handle such discrepancies in word length, it may look broken. Text can overlap images or is not visible for the player as it might exceed the screen.

Why you should opt for Game Localization

Your biggest Market may still wait to be covered

What if your biggest market is still waiting to be entered and your local target audience are no English natives? Unless you localize your game you’ll never discover the potential of oversea markets for your business.

Localizing your game for every promising market wouldn’t be cost-effective at all, but there’s a practical approach to test mobile games in different markets. Localize only your app store description to test your product in new markets instead of localizing the entire game. By starting with localizing the app title, description, metadata and keywords you’ll receive instant feedback and resonance in a certain market. If a positive effect is demonstrated, keep up with translating the entire game text. You can find more information about this topic in my recent blog post about app store optimization.

A potential Outreach you can’t skip

App Annie names the countries holding leadership in terms of revenues and downloads App Store Superpowers. In their infographic they categorized 11 countries:

The Asian Pacific game market is considered to be one of the fastest growing ones, driven by countries like China, Korea and Japan. While the U.S. have long held leadership in the global game industry, China is expected to surpass the U.S. by 2018 in terms of revenues. Newzoo reports that Indonesia, Singapore, Malaysia, Thailand, Philippines and Vietnam represent 97% of the entire Southeast Asian game revenue.

Today’s Web summarizes market potential, growth rates and revenues and deduces the top 10 mobile app localization languages, as shown in the infographic below.

The huge market size and remarkable global revenues of mobile games show the enormous potential of game localization. Localization ultimately boosts your visibility and brand recognition. Still localizing your game is no small feat and can issue a challenge to you. With the right localization partner alongside it’s feasible and easy. Start now with your free LingoHub trial!