What the Brexit means for European Startups

Country borders vanish on the Internet, however local regulations for doing business remain online. In line with the Brexit voting, where Britons decided to leave the European Union, new regulations will apply for U.K. Disadvantages of competition are likely to arise as Great Britain diverges from the EU. European entrepreneurs will be challenged as accessing 64 million British customers will be harder once U.K. leaves the EU. Brexit is a blowback for the digital domestic market and is likely to reduce Europe’s competitiveness compared to countries like the USA.

“Brexit is a blowback for the digital domestic market and is likely to reduce Europe’s competitiveness compared to countries like the USA.”

The U.K. will now be less attractive for startups owing to consequential economic and financial uncertainty. British and vibrant European startups based in Britain are now facing the challenges coming along with a fragmented Europe. 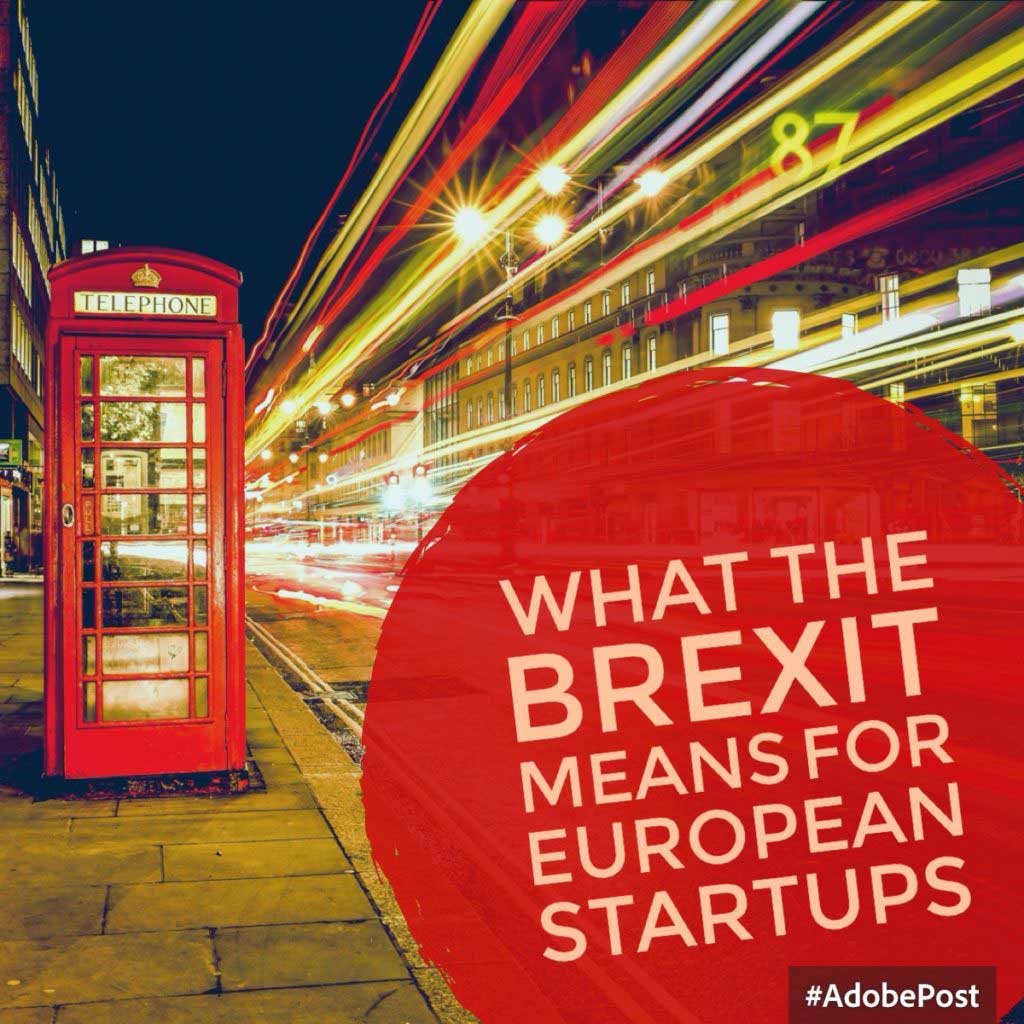 U.K.-based tech startups seek for talent and work in international teams. CNN states that one in three workers in British startups comes from outside the country. Most of them are coming from other EU member states. Every second specialist in U.K.-based firms is British. Hence, 80% of local tech startups worry about aggravated access to talents stemming the growth of Techies in Britain. The limited access to Europe will shrink the important pool of applicants for companies dramatically.

“One in three workers in British startups is not U.K.-born.”

Within the next two years foreign workers won’t face any changes, as U.K. will remain part of the European Union until all negotiations in line with Brexit are completed. If EU-citizens then need a visa to stay in U.K. will depend on the post-Brexit deals between Brussels and London.

Loss of Funding and Research Grants for Startups

As a result of Britain leaving the European Union startups and companies expect to lose EU research money, public funding and investments. The largest investor in British venture capital firms, the European Investment Fund, probably stops to invest in the U.K. This might harm the thriving local startup scene. In the lead up to the referendum investments have been put on hold due to economic uncertainties. A regress in growth affected by Brexit is further predicted.

Despite British firms, startups throughout the European Union will be affected by the referendum’s result. Investopedia states that an estimate of 50% of European venture funding comes from London. Experts expect total funding for European startups to plummet by 20% as a result of Brexit. Declining investments and less capital flowing into and from U.K. will torpedo the rise of capital to accelerate European startups’ growth. This will lead to a further regression of the European startup scene compared to Silicon Valley.

“As a result Brexit total European venture funding is expected to plummet by 20%.”

Startups will face regulatory obstacles related to privacy and trademark laws. Business Insider reports that special agreements between Britain and the EU might call for dual trademark protection in both markets. A strict new privacy law will be enforced by the European Union in 2018. So far it is unclear if Great Britain will enact a corresponding law. The lack of a matching privacy law will harbor the danger that EU regulators block British companies from storing personal data about Europeans. Without doubt this will harm every U.K.-based startup and firm serving Europe and trading within the EU.

For years London has been the center of Europe’s startup scene and is now about to lose its leading position. While London used to be a talent magnet and entry point for startups based outside the EU, a shift to a new hotspot has been forecasted. Experts predict VCs moving from London to mainland Europe to ensure immaculate access to vibrant auspicious European startups.

Experts argue that Berlin or Dublin are most likely to become the new startup hotspots due to an instable commercial situation in the U.K. As far as there can be a winner now those two cities are most likely to uplift and profit from the referendum. Dublin as an English-speaking capital that remains in the European Union will accelerate its position as a European tech hub. Last year Berlin already surpassed London in number and volume of financial transactions of startups. Experts forecast that Berlin will benefit from a regression in startups founded in the U.K. The German capital is also likely to profit from immigration of successful British startups and unicorns. 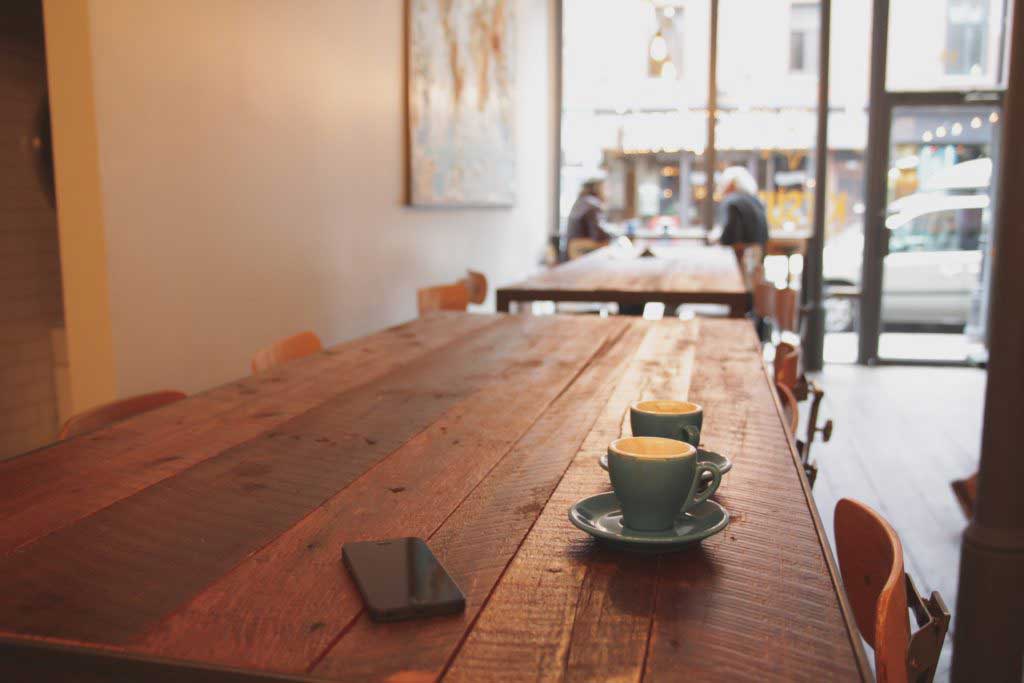 What Brexit means for Ltd Companies trading in the EU

In the past years founding a Ltd company in Britain boomed and a high number of European startups settled in London. In line with the final Brexit these companies will become non-EU companies trading with the EU. Doing business with mainland Europe will result in higher costs for them. Like EU companies trading in the U.S., it will be more difficult and expensive to do then it is now. The European Union will no longer be a level playing field for U.K.-based firms trading in the European market.

Article 50 of the Lisbon Treaty imposes a two years deadline for leaving the EU. Within these two years all contracts and regulations enforced by the European Union apply. As experts argue that the final Brexit will take at least two more years, companies tend to continue ‘business as usual’ in near future. Startups are warned by the result of the referendum. They are already taking or weighing steps to maintain access to skilled and talented people, capital and the entire European trade market. Some already think about the option to move headquarters to Dublin, Berlin or elsewhere (insider tip, Vienna is a beautiful city and has a vibrant startup community). In times of Brexit it will be essential to organize ourselves to be able to service both the U.K. and European market. The EU has been and will continue to be the most important trade area for most European startups.

On a personal note, I am strong believer that there are always two sides of the coin. Meaning that every change/crisis also brings the possibility to create something new, something better. Despite all the problems Europe has, I still think it is one of the greatest peace projects in history. We aren't used to it anymore because we get nearly everything now just in time, but ambitious projects like the European Union take time.