Game Localization: Is the Game Industry about to get a new Endboss?

A wave of new devices and platforms flooded the game industry in the past years. When thinking of my childhood gaming was mostly about helping the tiny plumber Mario to rescue his one and only princess Peach on a Nintendo. Nowadays platforms such as mobile, social, online and PC are the gaming hotspots, which grant easy access to millions of games and create huge game localization potentials. Our ‘journey around the globe’ has been taken to next level: Asia. 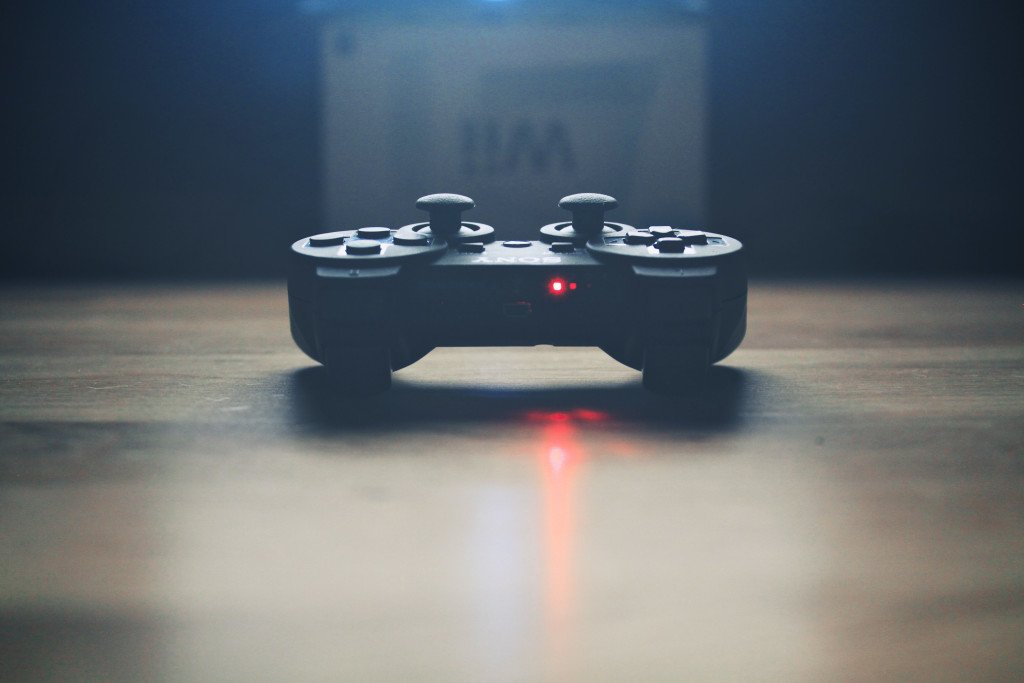 It’s no secret. More than 40% of the worldwide internet users play online games, most of them located in the Asia Pacific region. Some more impressive facts and numbers can be found examining the global game industry:

The Asian Pacific game market is considered to be one the fastest growing markets with an annual growth rate of more than 13%. This upgrowth is mainly driven by Japan, China and Korea as the following facts indicate.

Although the Japanese game industry has struggled a bit in the beginning of this decade, Japan is still seen as a key market when it comes to localization. In the sector of mobile games Japan is on the rise achieving half of its US$ 10.8 billion gaming revenues of smartphone spending.

Growth rates of almost 40% between 2012 and 2013 peaking at revenues of US$ 13 billion make China one of the top countries in the game industry. Reaching revenues of more than US$ 6 billion ranks China first within the global competition of mobile games. Nonetheless, the majority of revenues are still gathered from PC games.

Korea’s mobile gaming industry reached US$ 1 billion in 2013 due to its incredible growth by over 250% the same year. LAI forecasts revenues of more than US$ 3 billion by 2018 and ranks Korea second in the world’s online games market right behind China.

The US have always been the big player in the global game industry; however, this may change soon. In 2013 China overtook Japan and became the second largest games market worldwide. Mobile drives the Chinese growth and will lead to a takeover of the market by China as the following table predicts. 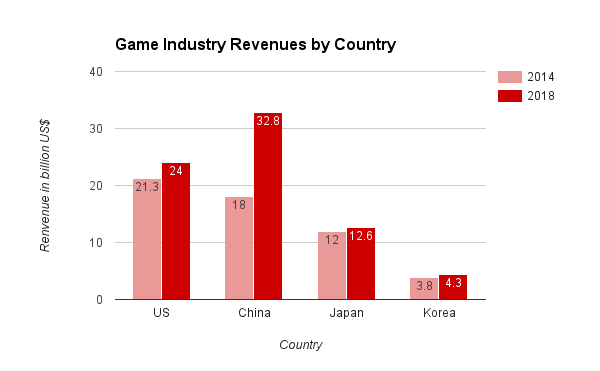 A population of almost 1.5 billion and an internet population of over 740 million people by 2015 further emphasises the Chinese market power. Approximately 450 million chinese people are categorized as players, while almost 160 million are paying for games.

As China will become market leader this year and Japan and Korea gather enormous revenues as well, the game localization potentials offered in the Asia Pacific region thus cannot be denied. Continuing high growth rates are ascribed to the ‘new endboss’ China and adumbrate that the final level has not been reached yet.

We support your business in order to exploit these enormous game localization potentials. Easily localize your products with LingoHub. Just sign up and try LingoHub free for 14 days. We promise you won't regret it! :)

If you're curious and want to gather some more insights in the world's translation markets we invite you to 'visit' the US and Europe just now!