Today we released a new word count report feature. Counting words sounds really simple, however, if you dive deeper into the subject you quickly find out it’s not.

Our previous implementation was simple and did it’s job. It gave the project administrators an overview of what happened in the project and who made how many text changes. The problem was that it didn’t respect our proposed workflow and didn’t include the status information. Meaning, the system counted the words no matter what status of the text segment was. Our new implementation is much smarter and uses the segment’s status to decide whether to count or not. And we managed to recalculate the reports for previous work as well.

Workflow of translation and count behaviour

On LingoHub we established the translation workflow of

As a general rule the word count works like this:

A picture says more than words: 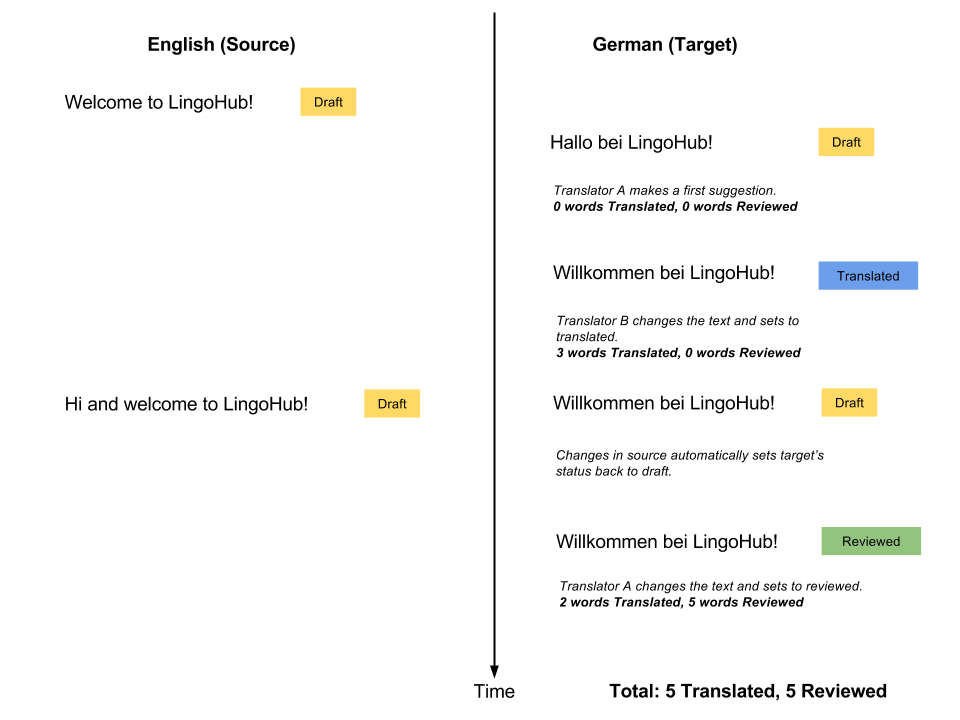 That is pretty straightforward, but just to make things more clear let's consider not so common cases and examples:

Our new reports system is just the start. We established a base that let us provide more statistics and data in the future. Together with the new design we are working on visualizing the data and export options.