This is the seventh in our series of interviews with translators from all over the globe. Translation is a very diverse industry - we want to introduce some of the people behind making the world a more multilingual place. This episode is an interview with Arianna Russo. 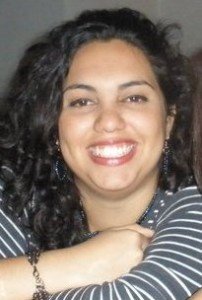 Can you tell us a bit about yourself?

I'm a Venezuelan interpreter and translator, graduated with honors from the School of Modern Languages of the Central University of Venezuela (UCV) in 2012. Naturally, Spanish is my A language, and English and Italian my B and C languages.

I've been translating for three years, mostly doing Audiovisual Translation for Latin American cable TV channels (e.g. HBO group, A&E, Bio and History) with an AVT software called TRANstation, which was developed by a Venezuelan engineer and is used almost exclusively by a group of AVT agencies.

I must admit I don't have a strong professional presence on social media, mostly because I have too much work, but I do have "the essentials": profiles on LinkedIn, Proz, Twitter and of course Lingohub.com! My website is currently under construction, but I expect it to be ready quite soon :)

I decided to become a translator and interpreter in the third year of university; that was the moment we had to choose our specialization, and I decided on T&I mostly because I was in love with international organizations (aren't we all?) and wanted to work for UNICEF.

That hasn't happened yet but I still adore this profession and the people in it, how we're all passionate about bringing people together and somehow making the world a better place (as cheesy as it sounds, I honestly believe that's what we do).

The agency I have worked with since 2011, Traduplus, has a very strong focus on trainings, so I have attended all of their workshops on AVT translation skills this year; more recently, they held a one-day workshop on proofreading and QC. I also took a general course on Adobe InDesign (CS6) which I plan to make pay for itself with new DTP projects soon :)

In my case, most translation projects are episodes and movies for TV.What I do is I get acquainted with the series, its main plotlines, main characters' features, etc., basically to understand what is going on. It saves a lot of time and, if you're lucky, you get to discover a new show to which you can get addicted :D With movies, if there’s information online then I hog up as much as possible to make sure I get the jokes, insults, symbolism, etc.

Deadlines are a nightmare for me. In TV, as I'm sure is the case everywhere else, time is of the essence, especially when a hot new show or a much anticipated movie will be premiering on TV. The second most challenging thing is the vast range of subjects that come up. It could go from specific legal jargon (like in "Criminal Minds") to crocodile hunters' lingo ("Swamp People").

Spanish is immensely complex, not only from nuances but to regional variations: working for the Latin American market means you have to keep 40 million people happy. Then, English has become like a second home to me, and I read, breathe and speak the language on a daily basis for both business and pleasure. And as for Italian, I'm working very hard to bring it from C to B level. I love this language, its history and, most of all, the literature written in it.

Spotting a Miami-produced telenovela that had been translated to English by another person. It had been my first time working with soap operas in general and I found the English translation of dramatic situations typical to that kind of show completely hilarious, which had nothing to do with the quality of the translation.

The feast and famine cycle is really exhausting -that is pretty why I ended up taking an office-type, full-time position- but it can be solved, as many translation and freelancing blog posts show. The good thing is that (most) freelancers share your concerns and worries and it feels good to have that kind of support although you don't know them personally. Freelancing also rocks because you get to work wherever you can/want (both, if you're lucky), and that includes working from home, renting office space, co-working, a paradise island, etc.

What are your wishes for 2014? What excites you, what are you sceptical about?

This year, I'm excited to say I have many plans lined up, mostly concerning moving forward to a translation-focused career and getting to see more diverse translation projects. I'm currently very interested in localization. I used to be skeptical about issues involving the extremely low rates being charged elsewhere, but the No Peanuts movement has reassured me that there is a way to counter "zombie translators," as Steve Vitek calls them.

First of all, don't underestimate yourself. Try to earn experience by asking for volunteer work, doing internships, trainee-ships in local businesses or online. Certainly do all you can to educate and train yourself as well as possible.

In Venezuela, possibilities right now are reduced because of particular circumstances, but there's always something you can do, courses you can take. Reach out to other translators, friends, family members for advice and job offers. There's always someone who needs a translator, just hasn't realized it yet. And again, just because it's the hardest lesson I've learned so far: don't underestimate yourself.

Thanks to Arianna for the answers!