Does your mobile app or web application speak Portuguese? It is one of those languages a lot of developers still skip, even though it rivals Spanish, Russian, Mandarin or Arabic in importance. Don’t dismiss Portuguese, and here is why.

Brazil, the largest Portuguese-speaking country on the globe, the 7th largest economy and the 5th largest country, is a fast-growing powerhouse of a nation. with almost 90 milion (45,6% of its population) internet users, 262.3 million mobile subscribers - and they all speak Portuguese only, English is not as widespread. It is also growing fast to become a digital economy (link).

Huge government investments in infrastructure, an active entrepreneurial culture, and a well-educated elite are putting the country on the map digitally. The majority of the country’s internet population searches online before buying (link). Mobile providers will roll out FirefoxOS powered smartphones in Brazil and neighboring countries first, as the adoption rate of mobile phones is at 130 % (large parts of the country are still relatively poor, and fixed infrastructure lacking, but phones are easy to get). Brazil is a country that has huge aspirations, and if your app is not available in Portuguese, you are missing out on 55m potential customers and counting. 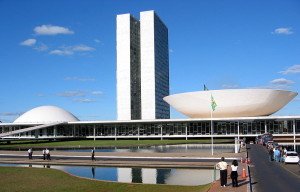 The language’s popularity is rising even outside the countries it is spoken in. Numbers of people taking up studying Portuguese are rising (link), and Brazil’s profile in the world has contributed to an increase in awareness about the language. The upcoming Olympics and soccer world cup will also drive growth and connectedness, especially in mobile (link). Does your app speak Portuguese? Don’t miss out!

Interesting links and sources for Portuguese language and economic facts: