We are kicking of a series of blog posts on localization regions. Note that when you localize software for example to enter a new market, don't look at that region as a black box! If you’ve never crossed from Bavaria into Austria (or the other way around) you might assume that a) the languages on either side of the border are fairly similar b) if you’re translating for these markets, your target language would be German (DE). Almost.

lingohub is based in Linz, Austria - and I’m writing this from Berlin, Germany being a native of Bavaria (and I grew up with Austrian television). Let this be the first in a series of blog posts where we want to highlight language nuances. Feel free to send us emails with some experiences of your own.

Just like you have words in European Spanish that sound weird and plain wrong to a resident of a Latin-American country, there are words that will determine whether a customer from either side of the Alpine border will feel taken care of using your product.

Here are a few examples that illustrate that these aren’t mere different spellings but entirely different words. As linguists are aware of, dialect differences are especially visible in domestic vocabulary, such as food and other daily life words. In the case of the translations for “law” they are both actually Latin words, one in singular, one in plural. (Also see Wikipedia’s article on Austrian German) 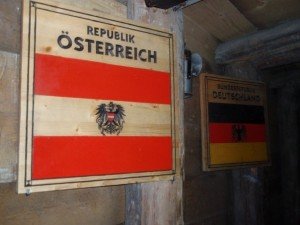