How locales turn the Internet into a global village 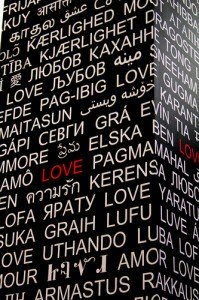 What makes the Internet global? It’s multilingualism expressed in the technical possibility of reaching each user in his or her native language, independent of the software development process that works behind the scenes, on websites, apps and on their devices. The success of localization has great implications. Recently, Google rolled out its email client Gmail in Cherokee, possibly the first software giant to deliver a global app in a Native American language. Localization means that your product can be rolled out world-wide, multiplying your possible customer base manifold and reaching deep into niches in your market that you otherwise only touch slightly.

In order for the web to be truly global and local at the same time, we need so-called locales, which you might know from their underscore looks, e.g. en_US (US English), de_AT (Austrian German) or pt_BR (Brazilian Portuguese) - the first part being the major language, the second part the region modifier. The trick is to allow for a website, software or mobile app to be available in English, German or Portuguese, but there are varieties that can be taken into account that affect - in other contexts - also the set of special characters, vocabulary, other place names, et cetera. Locales are the standardized labeling system software developers can use to create truly multilingual projects.

Technically, each system is different, but what most projects have in common (or should be prepared for) is a so called world-readiness (as Microsoft calls it), that means all text parts in your software are variables that can pull the corresponding text in the desired locale, for example from a text file (resource file). There is a separation of interface, visuals and content, and the content is available in various language files for example. If you plan cross-platform roll-outs, lingohub can display the same content in various formats, just a click away - because multilingualism is one aspect of two that should complement each other: a cross-platform strategy. More on that in a future blog post.

1 Cheat sheet: Twitter Hashtags for Localization
2 Meet Lingohub in Berlin
3 Localization for Australia - Content as a “dinky-di Aussie”
4 Svetlana is a Lingohubber
5 Release of the new translation editor in Lingohub