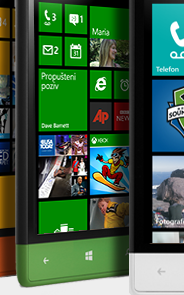 With the release of Windows 8, Microsoft is switching to a higher gear in the battle for operating system reach - especially in the still relatively young tablet market. With an intuitive touch interface (based on Microsoft Design Language, previously called “Metro”) and new apps for smartphones and the new Surface tablet, broader hardware support (in its RT version including ARM) and a new corporate identity, Microsoft shows it can still innovate and offer very attractive products to compete with Apple, Google and Linux systems.

If you are developing in a Windows 8 environment or for the Windows platform, lingohub now supports Windows 8 resource files for translations.

You might already be familiar with the localization in .NET - the new formats are similar but the resource files have new types: .resw (previously .resx) for C# applications and .resjson (JSON) for Windows Store apps using JavaScript and HTML. A lot of things have changed in detail that you should be familiar with as a developer. You should definitely stay on top of the documentation at MSDN (e.g. here).

There’s an important thing to watch out for: since neither the file name, nor file content hold the definition of the locale, you will be asked upon uploading the file to which locale the phrases should be assigned to. We'll blog about some of that soon. If you have any questions about LingoHub’s support for these new formats, and other Microsoft file formats for your localization endeavors, please talk to us.