Translation versus Localization: don't be a wax tadpole Did you know that Coca-Cola in Chinese means "bite the wax tadpole"? Or at least it did in 1928, when Coca-Cola entered the Chinese market. The Coca-Cola Company initially didn't have a localized name. As a result, Chinese merchants translated their product's name into Chinese characters that sounded like 'ko-ka-ko-la', with the above amusing results. 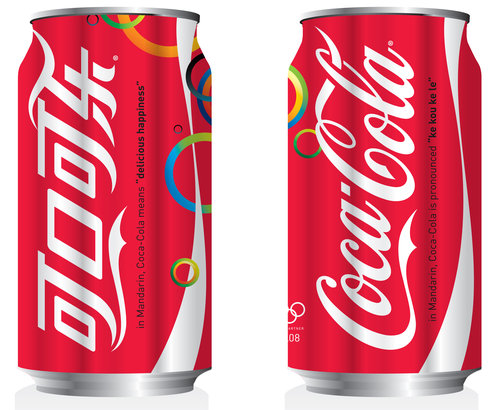 This tale illustrates the perils of entering a global market without proper preparation. The world may be flat, as the saying goes, but it sure isn't uniform. If you want to reach a global audience with your Web or mobile solution, you'll need to pay attention to linguistic and cultural differences. Consider your software as a service, with each of your worldwide customers having specific needs and requiring personalized attention.

But first, let's talk about the various terms used when we discuss reaching international markets.

Translation refers to the simple act of translating text from one language to the other. Translation in itself is no simple act. Even to this day, with all the research and sophistication we put into translation software, machine translation is still no match for a competent human translator, who can interpret nuances and multiple meanings in a sentence, then render it in the target language.

Globalization (G11N) is the process by which you make sure that your Web or mobile solution is accessible and adapted to a worldwide audience.

One way to understand translation versus localization is form versus function. When you translate your web or mobile application, you're just adapting the words of your product. But when you localize it, you are adapting the content as well.

Localization includes translation, but also involves adjusting elements such as:

Localization can make a huge contribution to your global success. For your international customers, it will mean the difference between a foreign product that is clearly a lesser adaptation of the original, and one that is adapted to that market's cultural and linguistic realities. It promotes brand loyalty, and it helps your customers perceive your Web or mobile solution as a top-tier, quality product.

As for Coca-Cola, the company properly localized its product after careful research and consultation with localization experts. Today, Coca-Cola is known in China as "that which allows the mouth to rejoice". Sure beats tadpoles.